This response will comprise either an invoice for the production cost of the records requested or an explanation from the Custodian of Records as to why the records are not currently available. Submitting a CPRA Request Form online typically results in faster processing of your request and is the preferred submission method. Additional charges may be assessed if a large volume of documents is produced. To ensure accurate record keeping, we request that subpoenas for witness appearances be served upon the Custodian of Records.

The obvious and primary definition of dead wood is a branch or part of a tree that is dead. They received sizeable settlements and an injunction against the university designed to prevent future age discrimination in the workplace. Needless to say, he was not happy with the results of the prank gone awry. He sued the department for his injuries. What happened next, you ask?

An engineer in Australia sued his employer alleging his supervisor bullied him by repeatedly farting in his direction.

The court, however, dismissed the case noting that flatulence is not bullying. Enough said. Many workplaces and schools engage in Halloween celebrations, and with good reason. LCW is no exception:. Here are some tricks to keep your Halloween party from raising the specter of liability:. If an employer utilizes these few simple tricks, the office Halloween party should be a treat, and the only stomachache a risk manager should suffer is from raiding the candy bowl.

Secondary and postsecondary schools may also approve a request from an employee who seeks to file a petition for a gun violence restraining order against one of his or her coworkers. Below are summaries on three of these new bills that will go into effect on January 1, AB 9 will now increase the statute of limitations for bringing such an administrative charge so a covered individual will now have up to three years from the date of such unlawful practice to file a verified complaint with the DFEH.

This new statute of limitations will go into effect on January 1, While AB 9 does clarify that its application will not revive any lapsed claims under the older one year statute of limitations, this also seems to imply that any potential claims that did not lapse by December 31, would now get the benefit of the new three year statute of limitations from the date of such unlawful practice. This bill will require public employers to be prepared to defend against FEHA claims involving actions that took place up to three years ago and may involve former employees who an employer has not interacted with for some time. 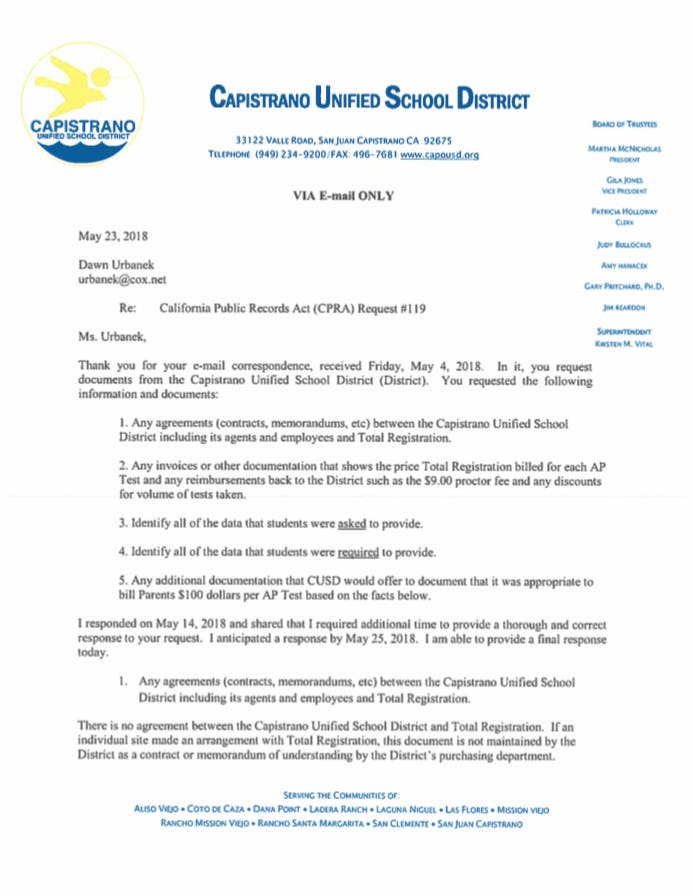 This is also compounded by the fact that this increase in the statute of limitations only applies to the filing of a discrimination, harassment, or retaliation claim with the DFEH, who has initial administrative jurisdiction over the complaint and generally has up to one year from the date the complaint was filed to make an administrative determination. If the DFEH does not take any action and issues a right to sue notice, the covered individual then has up to one year to file a lawsuit in Superior Court.

In the worst-case scenario, it could be up to five years from the date of the alleged FEHA unlawful practice before a lawsuit is filed in Superior Court for an employer to defend against. Once the lawsuit is filed in court, litigating the case to jury trial and any subsequent appeals could take several more years.

While the EEOC and DFEH generally cross-file with the other agency any timely discrimination, harassment, and retaliation complaints that apply under both state and federal law, the DFEH will now only be able to process any such complaints under state law that are filed over days and up to three years from the date of the alleged unlawful practice. In short, employers now will have to defend against older claims of discrimination, harassment, and retaliation from applicants, employees, and former employees under AB 9.

However, this is a good reminder for employers to prepare good written records in a contemporaneous manner of any claims of discrimination, harassment, and retaliation, and to properly maintain such records so they can be referenced and relied upon to defend against any FEHA claims. AB 51 adds a new Section AB 51 also prohibits an employer from threatening, retaliating, discriminating against, or terminating employees or applicants because they refused to waive any such right, forum, or procedure.

An employer found to be in violation of Section There are limited exceptions to this new law for public employers. The most relevant being that this new law does not apply to post dispute settlement agreements or negotiated severance agreements. In addition, existing mandatory employment arbitration agreements in effect prior to January 1, are not impacted. Rather, these new restrictions will apply only to contracts for employment entered into, modified, or extended on or after January 1, While this new law also indicates that it is not intended to invalidate a written arbitration agreement that is otherwise enforceable under the Federal Arbitration Act, it is not entirely clear what that means for mandatory arbitration agreements that would otherwise include waivers of the rights, forums, and procedures of Labor Code and FEHA claims.

We anticipate there will be litigation regarding whether AB 51 is preempted by the Federal Arbitration Act. Governor Brown vetoed similar legislation last year and cited that the legislation violated federal law. In the meantime, we recommend that any public employers who currently use mandatory arbitration agreements as a condition of employment prepare to comply with AB 51 on January 1, In order to comply with this law, employers will have a choice of either halting the practice of requiring employees and applicants to enter into arbitration agreements as a condition of employment altogether, or to modify these arbitration agreements to make clear that FEHA and Labor Code claims are not subject to mandatory arbitration.

For employers who select the second option, we recommend working closely with legal counsel to have your arbitration agreements modified to comply with AB Currently, California employers are required to allow an employee to use their break time to express breast milk, and to provide a private location other than a bathroom for such lactation accommodation. An employer may comply with this new law by designating a lactation location that is temporary due to operational, financial or space limitations so long as such space still meets the above-referenced requirements.

While this requirement to provide a sink and a refrigerator does not necessarily require that they be provided in the lactation room, it is unclear if providing these in a bathroom will satisfy this requirement. If an employer uses a multipurpose room as a lactation room, such use shall take precedence over other uses but only for the time it is in use for lactation purposes.

In addition, SB requires that California employers develop and implement a policy regarding lactation accommodation requirements that include the following:. Employers are required to include the policy in an employee handbook or set of policies that are made available to employees, and distribute the policy to new employees at the time of hire and when an employee makes an inquiry about or requests parental leave. If an employer cannot provide break time or a location that complies with their policy, the employer must provide a written response to the employee.

Because this law goes into effect here shortly on January 1, , employers should conduct an audit at each of their worksites to determine what potential on-site locations can be used for a lactation accommodation, and to begin making contingency plans to address any existing inabilities to provide such accommodations at a worksite. In addition, agencies need to begin working on drafting a lactation accommodation policy to provide employees in accordance with this new law.

Most people are familiar with the regular 5-day, hour workweek. Although this schedule can provide increased work-life balance and flexibility for your employees, it has some serious pitfalls that can be costly for your agency. Note: this blog article was authored by Partner Liz Arce in and continues to be one of our most popular articles. This post was reviewed in October and is up-to-date.

The first was in when I agreed to go out with a former classmate of a co-worker.

That leap of faith resulted in me walking down the aisle a year later and has led to annual celebrations of not just our wedding date but also that first, blind, date. Maybe because that date worked out so well, I was very receptive to facilitating a blind date for someone else. The firm had a statewide practice but was a little better known in Southern California. With eyes to the future, the firm was open to partnership opportunities. We were looking for a firm that could go the distance with us. A firm that shared our client service philosophy and our commitment to quality.

A firm, in short, with whom we could share our professional lives. Enter Whitmore, Johnson and Bolanos, who also had a statewide practice, but was a little better known in Northern California.

On paper, things looked good. We decided that a group date was in order.

A date that might help us figure out if we were compatible throughout the organization and help us determine if we had the right temperament for the long haul. Yes, our first conference was kind of a blind date for the two firms. We talked about what we wanted our respective clients to gain from attending and what we hoped to learn from, and about, each other.

Our first conference took place in June in San Francisco with approximately attendees. We learned a lot about each other and decided to continue the relationship. Shortly after our second conference, in June of , we merged to become Liebert Cassidy Whitmore. The firm is still going strong. The conference has become an integral part of who we are. It remains an opportunity to reconnect with public agency management from across the state and in a way, renew our commitment to providing innovative presentations on topics that impact our clients as well as provide insights on trends in the area.

Last year more than people participated in the conference. For some, it was a leap of faith. They had heard about the conference and thought they would check it out. As my first [LCW] conference I truly had a great time here and learned so much. I cannot wait to bring everything I am learning here back to my agency! It was my first conference and overall it was excellent. I met new people, made connections and learned a lot. For others, it was like coming home. Attending the conference has become a part of who they are and what they do as professionals. 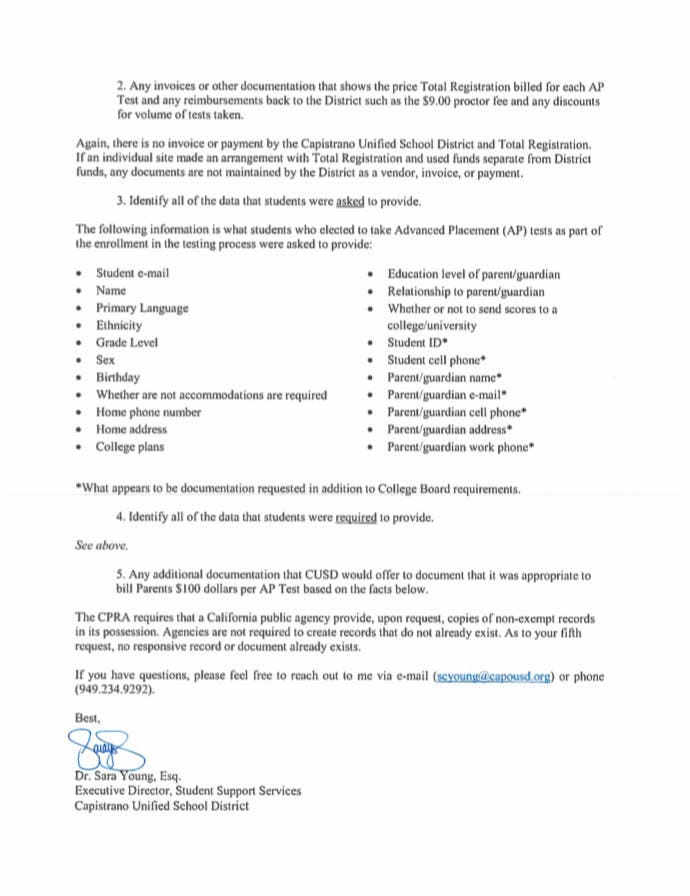